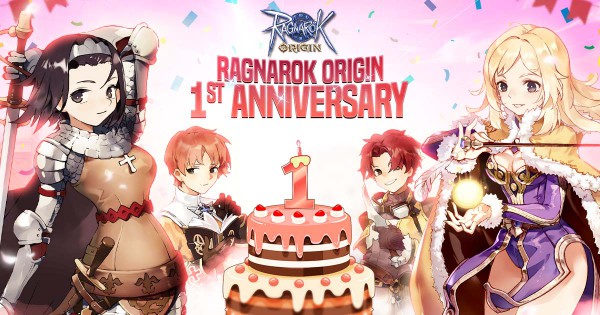 We’ve come a long way since our launch and today we’re excited to announce that Ragnarok Origin has been up and running for one year. We’ve had a lot of fun and some challenges, but we believe in our team and our community. We’re looking forward to another great year.
Thank you!

Here are some of the fun and exciting events starting today!

Join in the anniversary fun today and enjoy new quests, rewards, and more.